skip to main | skip to sidebar

Some gifts you can give this Christmas are beyond monetary value: Mend a quarrel, dismiss suspicion, tell someone, "I love you." Give something away -- anonymously. Forgive someone who has treated you wrong. Turn away wrath with a soft answer. Visit someone in a nursing home. Apologize if you were wrong. Be especially kind to someone with whom you work. Give as God gave to you in Christ, without obligation, or announcement, or reservation, or hypocrisy.

Charles Swindoll (from Growing Strong)
Posted by J. Ernesto Aneiros at 9:02 AM No comments:

"For me Vidya Sagar , is a place where i go for inspiration. The laughter and the spark in each child's eye speaks of a struggle that has been overcome. A struggle from within and a struggle to exist as an equal in society. The need to be someone and not anyone. For me Vidya Sagar is about each child that wants to conquer and have that little piece of the world. I am very proud to be part of Vidya Sagar. It is an institution that has taught me to be humble. Each child at Vidya Sagar is different, Bright and all that they ask of us is a smile a healing touch and some compassion. Wishing Vidya Sagar and all the people who make it happen all the very best".

Taken from: http://www.vidyasagar.co.in/viswanathan-anand.html
Posted by J. Ernesto Aneiros at 12:12 PM No comments:

Greetings! Today is a good day to check your heart and see if there is any bitterness rooted there. Don't let anything fester! God forgives us if we confess our sin; we need to forgive others as well!

"Get rid of all bitterness, rage and anger, brawling and slander, along with every form of malice. Be kind and compassionate to one another, forgiving each other, just as in Christ God forgave you."

"Every way of a man is right in his own eyes, but the Lord weighs the hearts."
Proverbs 21:2 NKJV

Posted by J. Ernesto Aneiros at 8:41 AM No comments:

The Boy and Babe Ruth

"Grace, mercy, and peace, which come from God the Father and from Jesus Christ ... will continue to be with us who live in truth and love."
2 John 1:3 NLT

The Boy and Babe Ruth

Babe Ruth had hit 714 home runs during his baseball career and was playing one of his last full major league games. It was the Braves versus the Reds in Cincinnati. But the great Ruth was no longer as agile as he had once been. He fumbled the ball and threw badly, and in one inning alone his errors were responsible for most of the five runs scored by Cincinnati. As the Babe walked off the field after the third out and headed toward the dugout, a crescendo of yelling and booing reached his ears.

Just then a boy jumped over the railing onto the playing field. With tears streaming down his face, he threw his arms around the legs of his hero. Ruth didn’t hesitate for one second. He picked up the boy and hugged him. Then he set him down on his feet, patting his head gently.

Suddenly there was no more booing. In fact, hush fell over the entire park.

In that moment, the fans saw two heroes: Ruth, who in spite of his dismal day on the field could still care about a little boy; and the small lad, who cared about the feelings of another human being. Both had melted the hearts of the fickle crowd.

"A good name is more desirable than great riches; to be esteemed is better than silver or gold."
Proverbs 22:1 NIV

Taken from: GodFruits.com
Posted by J. Ernesto Aneiros at 8:35 AM No comments:

Ode to an Abused Dog

Someone hurt you, hit you, beat you
would not give you food
The only water that you got
was from a muddy pool
And yet when help did finally come
though you were almost dead
You wagged your tail in greeting
and you tried to raise your head
What gave you strength or made you hope
what helped to see you through
The agonizing hunger
and lonliness you knew
Yet you forgave and took a chance
and graced us with your love
For us to know such spirit was
a gift from God above

Posted by J. Ernesto Aneiros at 4:33 PM No comments:

A reference to the powerful array of Wireshark's display filters:

This list can also be obtained with the command line: 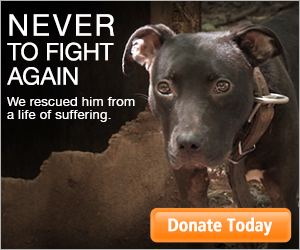 http://www.aspca.org/blog/term/aspca-rescues-and-arrests
Posted by J. Ernesto Aneiros at 12:53 PM No comments:

Ernesto is on the news 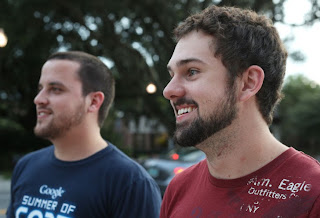 UF aerospace engineering seniors Lee Jones, 23, and Ernesto Aneiros, 23, both sport beards. A significant drop in razor sales has been reported as facial hair becomes more of a trend.

Posted by J. Ernesto Aneiros at 8:23 AM No comments:

The links to the tablebases web interfaces:
An explanation of tablebases:

Posted by J. Ernesto Aneiros at 4:40 PM No comments:

systemctl works with not only services but all other unit types, and is a valuable tool when monitoring or troubleshooting a system. It can list all known units, limit the results to a single unit type, show only failed units, or examine unit relationships. The table below shows some useful systemctl features and should help system administrators replace their old workflow in sysVinit.

Commands for displaying processor and memory information in Solaris

prtconf
Posted by J. Ernesto Aneiros at 10:00 AM No comments:

Martin Luther wrote two short prayers for individuals and families to use in the morning after waking and in the evening before going to sleep.  These lovely prayers, taken from Dr. Luther's Small Catechism, can help you begin and end each day with the Lord.

In the name of the Father and of the Son and of the Holy Spirit.  Amen.

I thank you, my heavenly Father, through Jesus Christ, Your dear Son, that You have kept me this night from all harm and danger; and I pray that You would keep me this day also from sin and every evil, that all my doings and life may please You.  For into Your hands I commend myself, my body and soul, and all things.  Let Your holy angel be with me, that the evil foe may have no power over me.  Amen.

In the name of the Father and of the Son and of the Holy Spirit.  Amen.

I thank you, my heavenly Father, through Jesus Christ, Your dear Son, that You have graciously kept me this day; and I pray that You would forgive me all my sins where I have done wrong, and graciously keep me this night.  For into Your hands, I commend myself, my body and soul, and all things.  Let Your holy angel be with me, that the evil foe may have no power over me.  Amen.

Posted by J. Ernesto Aneiros at 2:19 PM No comments: 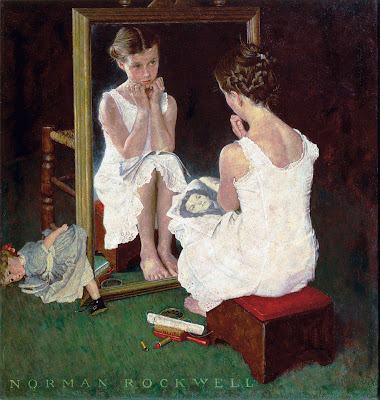 EVERY MOMENT COUNTSSometimes, our days can be so full and busy that we forget how precious and fragile life on earth really is. It can be easy to allow little things to creep in and steal our peace and joy. Maybe something doesn't go our way, or someone says something upsetting. Even traffic can cause us to get our focus off if we let it. We have to remember that each day is a gift. If we choose to focus on what's wrong, we'll miss the beauty that each day has to offer.I encourage you today: don't let the precious moments of life pass you by. Don't wait for holidays and birthdays to show people that you care. Remember, each day is unique and irreplaceable.You have been given time that can be invested or wasted; hours that can be used or misused.That's why the psalmist prayed to God, "Teach us to number our days." He was saying, Teach us to value every moment we've been given. As you keep a proper perspective, you'll gain a heart of wisdom. You'll draw closer to God and experience the full blessing that He has for you!-- Dr. Timothy Emerick
Posted by J. Ernesto Aneiros at 9:24 AM No comments:


You've to be a bit careful with the vlan keyword as a BPF filter (when combining it with other filters), as it moves filters 4 bytes to the right, see here: http://www.christian-rossow.de/articles/tcpdump_filter_mixed_tagged_and_untagged_VLAN_traffic.php.

You could also use a filter of the ethernet header - this link describes the solution and potential issues perfectly: http://serverfault.com/questions/196250/tcpdump-capture-one-of-several-vlans.

Posted by J. Ernesto Aneiros at 2:07 PM No comments:


Behold, I stand at the door and knock; if anyone hears My voice and opens the door, I will come in to him and will dine with him, and he with Me.
Revelation 3:20
New American Standard Bible (NASB)

Posted by J. Ernesto Aneiros at 9:23 AM No comments:

This year, the Inauguration Day holiday falls on Monday, January 21, 2013, which is also the legal public holiday for the Birthday of Martin Luther King, Jr. (See 5 U.S.C. 6103(c).)  For Federal employees who work in the District of Columbia, Montgomery or Prince George's Counties in Maryland, Arlington or Fairfax Counties in Virginia, or the cities of Alexandria or Fairfax in Virginia, Inauguration Day is observed concurrently with the Martin Luther King, Jr., holiday.  Federal employees in these areas are not entitled to an in-lieu-of holiday for Inauguration Day.
* This holiday is designated as "Washington’s Birthday" in section 6103(a) of title 5 of the United States Code, which is the law that specifies holidays for Federal employees. Though other institutions such as state and local governments and private businesses may use other names, it is our policy to always refer to holidays by the names designated in the law.

Taken from: http://www.opm.gov/policy-data-oversight/snow-dismissal-procedures/federal-holidays/#url=2013
Posted by J. Ernesto Aneiros at 11:25 AM No comments:

It’s never too late to learn

Alferd Williams (b. 1937) was one of nine children born into a family of sharecroppers in Eudora, Arizona. When he was a boy, his family could not afford for both he and his twin brother to be gone all day to school. In order for both boys to get some education, Alferd’s mother devised a plan to alternate days where one twin would go to school while the other stayed home to help on the farm. However, Alferd’s twin would often rise early and sneak away to school, leaving Alferd to work long days on the farm throughout his school years. As a result, Alferd never learned to read.

Many decades later, Alferd, then a resident of Saint Joseph, Missouri, began to help a single mother by walking her three children to and from school. The 68-year-old Alferd acted as a parent to the children and helped care for them every afternoon. What he could not help them with, however, was their homework.
When the children’s first grade teacher, Alesia Hamilton, discovered that Alferd could not read the notes she had been sending home with the children, she began to teach him how to read. In the fall of 2006, Alferd enrolled as a first grade student.

After completing the first grade, Alferd chose to stay in Alesia’s class and continue to learn with the new first graders. Alesia encouraged Alferd’s passion for reading and eventually, for teaching children to read. In fact, parents said their children would come home excited, with stories about how Alferd had helped them learn to read.

Alferd is still in Alesia’s class, where he plans to stay until he completes his GED. Literacy has changed his life and opened a world of opportunities. His story shows us that it is never too late to begin.


The only significance of things is our relationship with them. The idea that we own anything, or that we created and possess those characteristics that make us what we are, must be utterly rooted out. Let no one presume that we are more than passing shadows, created from we know not what, for a purpose we cannot understand. We are merely tenants at sufferance in this life.